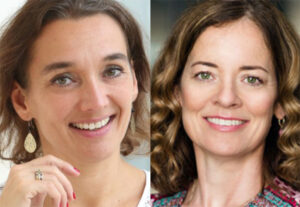 Credit Suisse Swiss Universal Bank is on its way to becoming an agile enterprise. In this session, we will show a real life example of how a holistic and integrative agile transformation can be structured and what our learning points were during the first year of our journey.

Kirsten (legal name Christina) is a Managing Director in Swiss Universal Bank division, based in Zurich. She is the Head of SUB IT since September 2019, Regional Head of IT Switzerland and a member of the SUB COO Management Committee.

Kirsten has joined CS from ABN AMRO, where she most recently held the position of CIO International, with responsibility for all IT application development and support for ABN’s businesses outside of the Netherlands. With an academic background in physics, Kirsten has spent her eighteen-year career at ABN moving between IT and more commercial roles of increasing scope and responsibility to gain a solid understanding of (mainly retail and private) banking both in the Netherlands and internationally. Kirsten began her career as a Java developer before moving on to implementing larger IT projects, introducing agile methods and successfully leading outsourcing programs.

Kirsten holds a master degree in Physics from the University of Amsterdam.

Stephanie is a Managing Director of Credit Suisse in the Swiss Universal Bank division, based in Zurich. She is the COO for the technology group. She also is the Head of the Agile Transformation program.

Prior to assuming her current, she was the IT Site Head for Poland and global head Portfolio Management for the infrastructure group during 2016 and 2017. Stephanie has held key roles in a wide range of technology functions and divisions focusing on strategy development, organizational change, program delivery, offshoring and COO functions.

From 2011 to 2016 she was based in New York and the global IT Program Manager for the Legal Entity Program and led a global transformation and cost-efficiency program for production support and testing. Before that she was based out of Singapore and Hong Kong responsible for the COO function in the APAC region and the implementation and establishment of APAC Centers of Excellence in Pune and Singapore.

Stephanie joined Credit Suisse in 2007 after several years in business management consulting at PricewaterhouseCoopers / IBM Global Services in Hong Kong and Switzerland, as well as for Ernst & Young Consulting Services in the Netherlands.

Stephanie holds a Master of Science Business Administration from the Erasmus University, Netherlands.